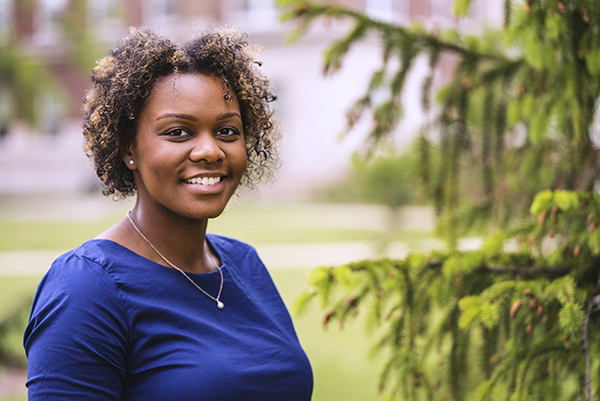 Through the creation of the Engaged Philosophy Internship Program (EPIP), MSU’s Department of Philosophy is hoping to change how the world views philosophy.

The program connects philosophers with projects and interests outside of academia and includes work with community organizations and other non-academic partners.

“In the Philosophy Department, we believe that philosophy has the power to make a positive difference in the world, so it would be a waste and a shame to just have philosophers talk to other philosophers. That’s not the best way to take advantage of what philosophy can do for the world,” said Michael O’Rourke, who directs the EPIP and is a Professor of Philosophy and faculty in AgBioResearch at Michigan State University. “As a department, we want to build relationships between philosophy and organizations outside of the University.”

We know of no other internship program like this at the Ph.D. level in philosophy.

The Department of Philosophy-created program allowed two Philosophy Ph.D. students, Shelbi Nahwilet Meissner and Ayanna Spencer, to intern for six to eight weeks with a partner organization of their choice. The students received $8,000 in compensation and up to $2,000 to fund relocation.

“Things went off without a hitch,” O’Rourke said. “We have first-rate graduate students in our department, and Shelbi and Ayanna are definitely part of that group. They are excellent philosophers. We knew they would go out into these positions and do great work, and they did.”

O’Rourke hopes that this project will ignite more programs of its kind in philosophy departments throughout the country. “We know of no other internship program like this at the Ph.D. level in philosophy,” O’Rourke said. “There’s a lot of excitement about it in our department, at the faculty level and especially at the graduate student level.”

Shelbi Nahwilet Meissner is a fourth-year Ph.D. student with a focus in American Indian and Indigenous philosophy, philosophy of language, and feminist epistemology. Over the summer, she moved to southern California, where she worked with tribal programs at the La Jolla Band of Luiseño Indians.

She is one of a few people who has experience with atáaxum pomtéela, the Luiseño language, and her research this summer aided with the preservation and revitalization of that language. She worked closely with community members to revisit, update, and reprint one of the only texts published in the La Jolla dialect of atáaxum pomtéela. Meissner also passed down her knowledge of the language to classes of students in hopes that knowledge of their ancestral language will continue to flourish.

“Chamtéela, our language, is so special to me and to other Luiseño people. This is the language our ancestors used to describe our relationships to the world, to tell stories, jokes, prayers, and speak their truth,” Meissner said. “Language revitalization is hard, emotional work, and I am extremely grateful for Dr. O’Rourke and the Philosophy Department for making it possible.”

After graduation, Meissner hopes to return to the La Jolla Indian Reservation and continue her work with her community on language revitalization.

“Philosophy, as a discipline, has a somewhat well-deserved reputation for having arm-chair, disengaged methods that can, in some cases, do harm to communities. I think promoting engaged philosophy is an attempt to move away from that model,” Meissner said. “I’m very proud of my department for creating spaces that foster ethical, reciprocal, and engaged philosophical scholarship.”

Ayanna Spencer is a third-year Ph.D. student studying Epistemology and Black Feminist Thought with a sexual violence focus. She spent her summer in Brooklyn, New York, interning with Girls for Gender Equity, a gender and racial justice organization dedicated to the optimal and holistic development of girls of color and gender nonconforming youth of color.

“I got to sit down and work with them on their Theory of Change,” Spencer said. “We discussed what it means to be a black feminist organization, and I helped them outline the work that they’ve been doing and how it has changed over time.”

For Spencer, the EPIP was the perfect opportunity to combine her professional goals with her social justice passion.

“I’m absolutely committed to social justice issues, particularly regarding gender and racial justice,” she said. “I’m grateful because this experience affirmed that engaged philosophy is something that I can do as a career option. Often folks have a very narrow understanding of what philosophy is or what it can be, and this summer gave me the opportunity to do something that goes beyond that definition.”