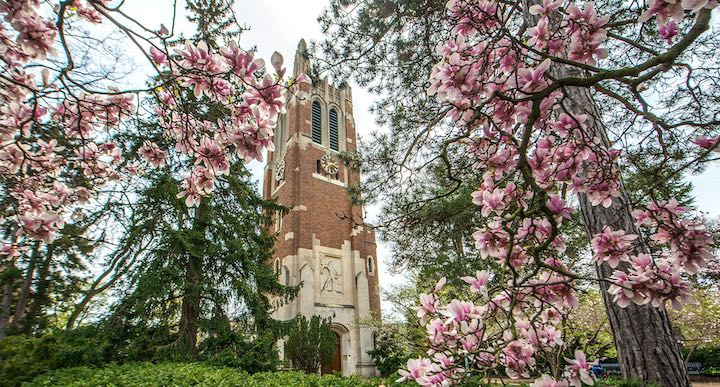 The College of Arts & Letters is saddened by the passing of Charles J. McCracken, Professor Emeritus of Philosophy, who died on Monday, May 4, 2020, in Santa Barbara, California.

Dr. McCracken began his career at Michigan State University in 1965 and taught there for 34 years before retiring in 1999. He was a gifted teacher, popular with both graduate and undergraduate students, and was characterized by an extraordinary breadth of knowledge, a precision of expression, and a sharpness of humor.

He was much esteemed by his colleagues, and in 1998, received the university’s highest honor for senior faculty, the Distinguished Faculty Award. After retirement, he was further honored with an endowed annual philosophy lectureship in his name.

Dr. McCracken was versed in many areas of philosophy and was particularly accomplished as a historian who specialized in the early modern period. In 1983, he published the book for which he is best known, Malebranche and British Philosophy (Oxford). His wide knowledge of philosophy and his clear-headed and common sense approach to philosophical problems will be missed by those who knew and discussed philosophy with him.

His interest in Philosopher George Berkeley resulted in many articles and invited talks and in a volume (edited with I. C. Tipton), Berkeley’s Principles and Dialogues: Background Source Materials (Cambridge U Press 2000). Among McCracken’s professional associations was membership in the International Berkeley Society and this led him to accept the position of docent, for one summer, at Berkeley’s house in Rhode Island.

Dr. McCracken earned his undergraduate degree at UCLA and then went on to study in Paris with, among others, Paul Ricoeur and Emmanuel Levinas. Returning from France, he briefly pursued graduate study at Fordham University, but then did his Ph.D. work in Philosophy at the University of California, Berkeley.

He met his wife Katherine while in France and they married in 1956 and had two children, Peter and Theresa. The McCrackens loved France and maintained an apartment in Paris, where they spent their summers, often hosting friends and colleagues as well as family.

The College expresses its deepest sympathy and heartfelt condolences for the McCracken family.